The former owner of Hot Spring Spas of Santa Cruz and San Jose was honored earlier this month at the Hot Spring Spas annual dealer conference with a lifetime achievement award. 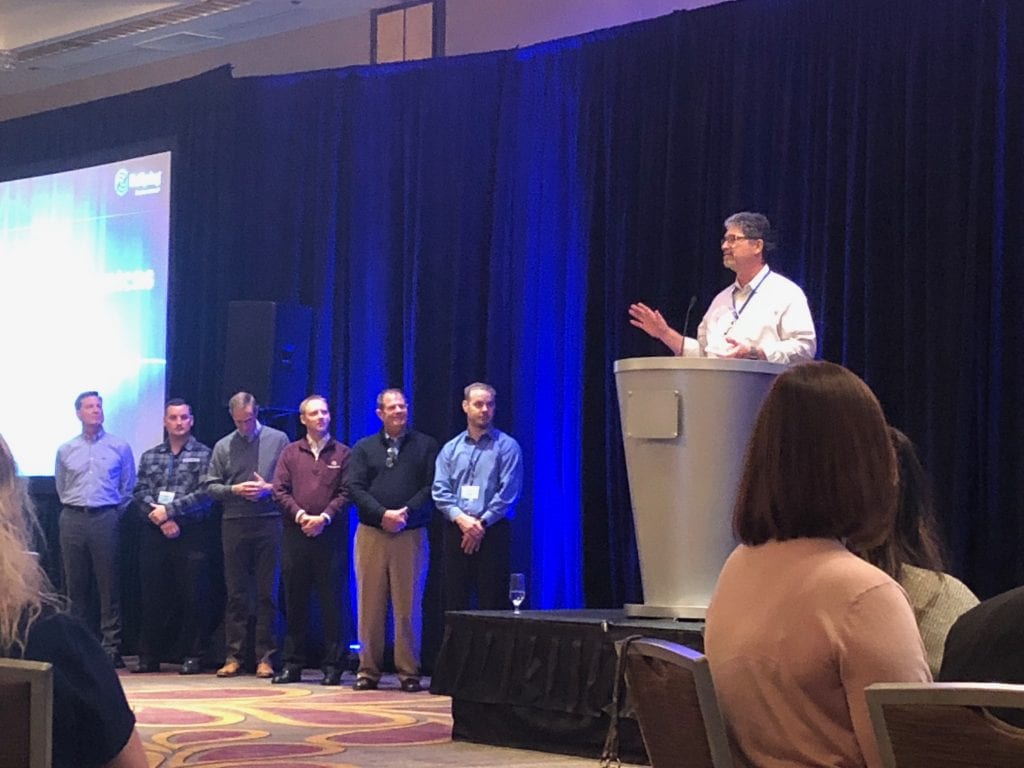 “We are thrilled that Patrick was recognized by Watkins Wellness for his life’s work and contribution to the Hot Spring Spas Hot Tub community,” said Scott Clark, owner of The Spa and Sauna Company, which acquired Hot Spring Spas of Santa Cruz and San Jose upon Carstens’ retirement at the beginning of 2019. “We certainly appreciate all that Patrick and his V.P. Lynda Sisk have done for Hot Spring Spas and the Santa Cruz and San Jose communities. We look forward to preserving and continuing their legacy.”

A few years ago, Watkins Wellness began doing something different to show special recognition to certain individuals that have committed themselves and their livelihood to our industry and brand, explained Cori Ritter, the Manager of Retail Marketing at Watkins Wellness, which manufactures Hot Spring Spas. In those instances, the individual is inducted and forever memorialized as a hero and one of the “greatest” in the franchise’s history. The award is awarded to an individual, not a company. And the recipients are inducted for a career and a lifetime of achievement and contributions to the success of the Hot Spring brand.

George Dahlheimer, of Hot Spring Spas of Dayton, Ohio, was also Inducted to the Ring of Honor this year.

Recipients of the award are evaluated on character traits, including:

Here is the Statement from Watkins Wellness about Carstens and Sisk:

“[He’s] An ambassador of hot water wellness. He’s the real deal … a walking, talking legend, known for his passion and knowledge of our industry, and for embracing and promoting the myriad of benefits of hot tubbing.”

“He opened his doors in 1976, and became a Hot Spring Spas dealer in 1979. In fact, one of Watkins’ founders, OT Neal, originally signed him, and he’s represented our brand exclusively for 40 years, since we are now in 2019!”

“This is a person of genuine warmth and kindness. He’s also a highly celebrated leader in our network, earning three Multiple Store Productivity awards, the Scott Smith Service Excellence Award, and the Locksin Thompson Award. This is a person who is known for “doing the right thing.” An icon in our industry, this person is recognized for extensive knowledge and expertise not only on the benefits of hot tubbing, but he has extensive product knowledge. In fact, his expertise in customer service has helped Watkins throughout the years and his feedback has been invaluable. This person is also a smart leader, because of the pick he made to have [Lynda Sisk] help with marketing and sales more than 30 years ago, and he has trusted her ever since to do what she does best!”

We, at The Spa and Sauna Company, are truly grateful to Patrick and Lynda for all they have done for the Hot Spring Brand and the hot tub industry.