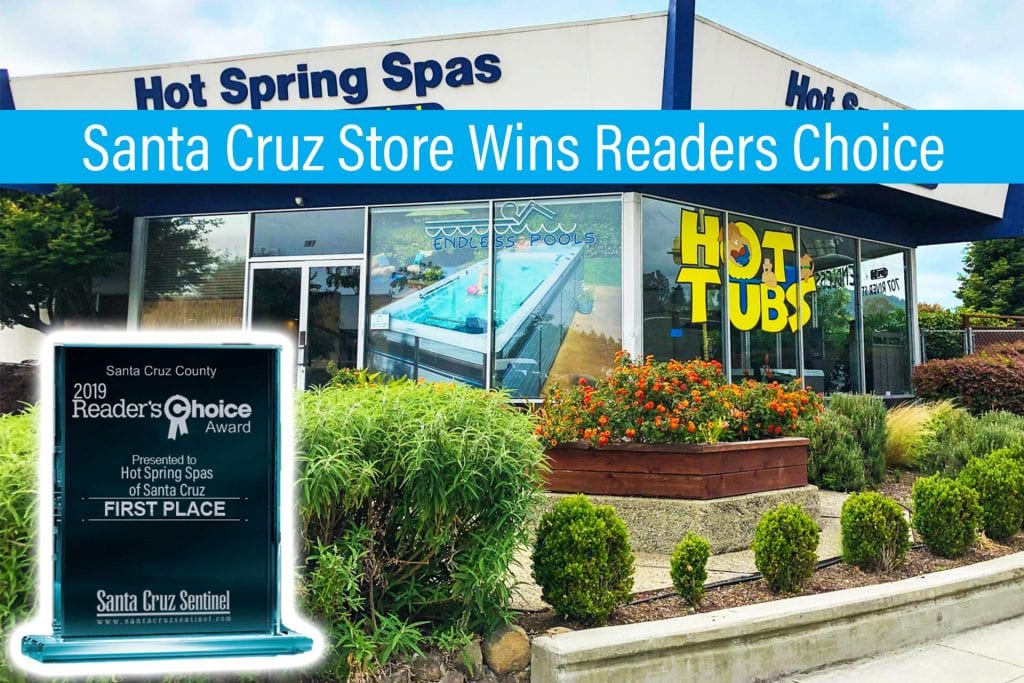 This is the 7th year in a row that the award has been given to Hot Spring Spas of Santa Cruz.

“We are thrilled to have been awarded this win again. To have retained this long-time award is an honor.” said Spa and Sauna Company Owner Scott Clark. “We take pride in carrying the highest quality hot tub brands and serving the Santa Cruz and San Jose communities. We would like to thank our team, our customers, the community, and the Santa Cruz Sentinel for this award.”

Many improvements to the showrooms have been made over the past year, including a full renovation to the décor in Santa Cruz, and a relocation of the showroom in San Jose.

The Santa Cruz Sentinel runs a yearly Readers Choice online poll. In the poll, Sentinel readers weigh in on the best of everything throughout Santa Cruz County.

One of the reasons Hot Spring Spas earned the award is because of the dedication of their many long-time team members, who are committed to providing extraordinary customer service year after year.

Hot Spring Spas of Santa Cruz and San Jose have received dozens of awards from manufacturers over the years.

This award is special because it is from the community we serve. We know that the hot tubs we provide to the community are truly making a difference in people’s lives by providing relaxation, wellness benefits and family time.

“We truly enjoy serving the Santa Cruz and San Jose communities,” Clark said. “We look forward to continuing the legacy of excellent service, and will continue to sell the best in Hot Tubs and Swim Spas.”